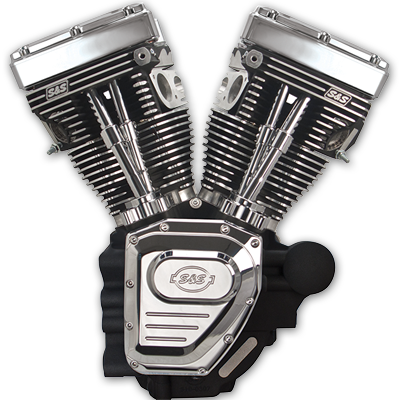 These Harley replacement engines are sold without the fuel system, so you can use what you have and save some money, or use any performance system you like. S&S Cycle recommends an S&S Cycle throttle body and the TTS VFI tuner!

Call DC V-Twin today to learn more about making your bike the best it can be with one of the new S&S Cycle Harley replacement engines. Whether you go with the T111 for cruising cross country and around town or you choose the T124 for ripping up the asphalt with maximum power S&S Cycle and DC V-Twin has you covered.